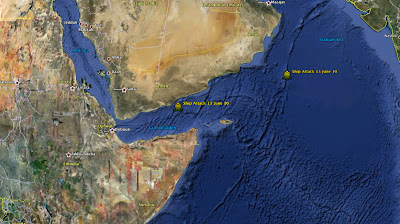 As reported by NATO Shipping Centre:

UPDATE: Wind pattern might help explain the locations of the recent attacks (click on the maps to enlarge):