An Explanation of the Jones Act 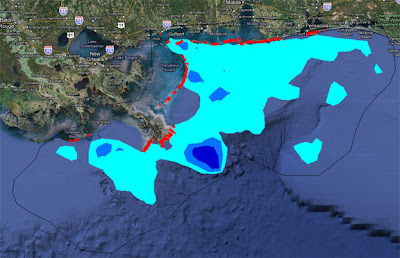 Dennis L. Bryant of Bryant’s Maritime Consulting and Bryant’s Maritime Blog was recently interviewed about the Jones Act and its impact on the Deep Horizon Oil Accident, which interview is available at this post about which Mr. Bryant writes:


The interview took over 20 minutes and the radio broadcast condensed that down to about two minutes, so numerous details relating to cabotage have been glossed over or omitted.

A portion of the interview:


Some lawmakers say they’ve heard the Jones Act is stopping foreign oil skimmers from helping with the oil spill cleanup. But Bryant says the law probably isn’t to blame. "The impediment, if there is one, has been that there hasn’t been a valid offer for a foreign response vessel," he notes.

Bryant adds that many foreign oil skimmers may not be willing or able to leave their current jobs yet to help with the spill cleanup. "The vessels over there are probably gainfully employed doing other things, and they would then have to get them out of whatever contract they’re under now," says Bryant. "The amount of oil spill response vessels in the world is not that great."

Bryant also points out that, since the strictest provisions of the Jones Act only apply within 3 miles of the US coast, it’s easier for foreign ships to help with cleanup operations farther out in the Gulf, near the Deepwater Horizon well itself.