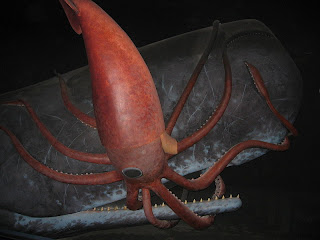 
Millions of killer giant squid are not only devouring vast amounts of fish they have even started attacking humans.
Two Mexican fishermen were recently dragged from their boats and chewed so badly that their bodies could not be identified even by their own families.


Update: If they start walking like the snakeheads, I'm moving to higher ground.

Email ThisBlogThis!Share to TwitterShare to FacebookShare to Pinterest
Labels: Nature Strikes Back