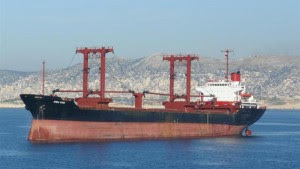 
During the afternoon of 5 Aug 2010, the MV SYRIA STAR reported that she was under attack from pirates who had climbed onboard and fired shots at the crew. Helicopters were immediately dispatched to the vessel and tried to establish communications with the SYRIA STAR, which had stopped in the water. They found an abandoned skiff nearby, containing fuel and ammunition. When warships arrived on the scene shortly after, the SYRIA STAR had reversed course and was heading South East back towards the Horn of Africa under the control of the pirates, who refused to respond to radio contact.

The SYRIA STAR was sailing west in the Internationally Recommended Transit Corridor through the Gulf of Aden with a cargo of sugar. The SYRIA STAR, deadweight 18, 838 tonnes, is flagged to St Vincent and the Grenadines and has a predominantly Syrian crew, with 22 Syrians and 2 Egyptians.

UPDATE:
Activity off the Horn of Africa so far this year (as found IMB Live Piracy Map): 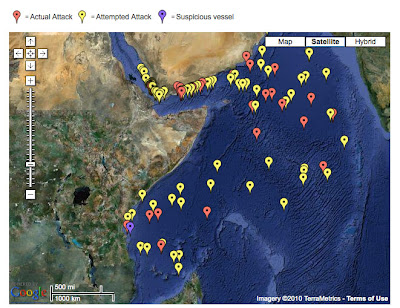 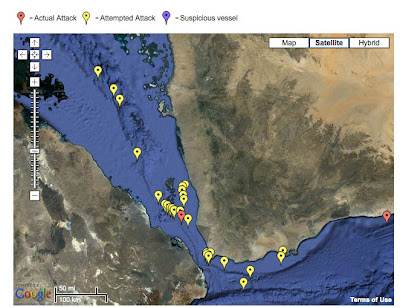 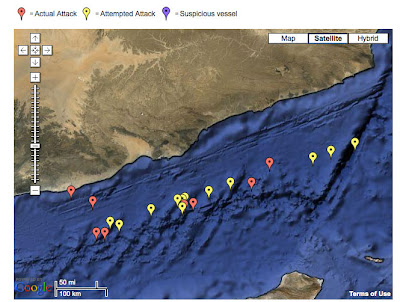