Here's a Midrats episode that ought to prove interesting as we talk about that other long-term war we've been fighting - the "War Against Drugs."


. . . the U.S. Coast Guard's role in defending the USA from the flow of illegal drugs 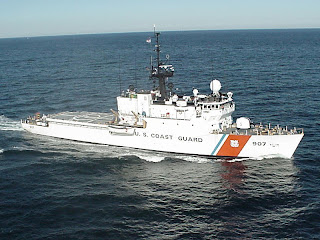 . Their guest will be CDR E. A. Westfall, CDR, USCG, Commanding Officer of the USCGC ESCANABA (WMEC 907).

By way of background, a report on some of what Escanaba's crew has been up to at this Navy Times article Coast Guard boarding team engages in firefight. Really, though, expect the discussion to be broader than one incident. After all, from chasing "go fasts" to interdicting drug submarines to finding drug stashes on merchant ships, the Coast Guard has been involved in this fight a long time.