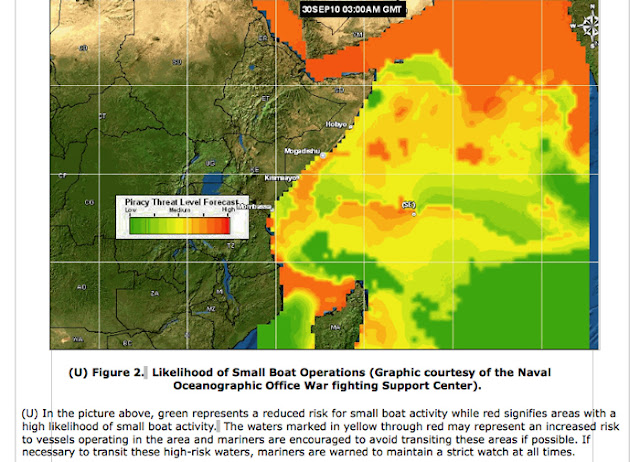 As you can see, the monsoon conditions have waned and the threat areas increased.

NATO Shipping Center has issued the following warnings (as of 30 Sept 10): 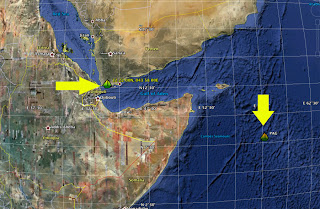 29.09.2010: 0455 UTC: Posn: 06:47.5N – 061:51.0E: (Around 1000nm NE of Mogadishu, Indian Ocean), off Somalia. Five pirates armed with AK-47 in a white coloured skiff approached a container ship underway with intent to board. Master altered course, sounded security signal and crew mustered and locked all access doors. The security team onboard activated the LRAD, SSAS and fired warning shots when the skiff approached around 100 meters off the port quarter. The pirates retreated and aborted the attempted attack.

25.09.2010: 0315 UTC: Posn: 07:24N – 064:50E: Around 1200nm ENE of Mogadishu. (Indian Ocean), off Somalia.Heavily armed pirates boarded a general cargo ship underway. The crew members disabled the ships engine and locked themselves in the safe room /citadel. When the pirates could not sail the ship they damaged the ships equipment, set the bridge on fire and abandoned the ship. Later the crew emerged from the citadel, extinguished the fire and proceeded to a safe port.


1.(U) TANZANIA: Tanzanian Navy patrol boat fired upon 25 Sep 10 at 2000 UTC while underway in position 09:34S – 040:14E, approximately 175NM southeast of Dar es Salaam. One skiff with four pirates onboard armed with small arms and RPG approached and fired upon the vessel, attempting to hit the rudder. Patrol boat fired back and skiff retreated. Two personnel on patrol boat were injured. Due to small size of skiff, captain believes a mother ship may be operating in the vicinity. Patrol boat attempted to chase the pirates but could not because the rudder was blown out. (UKMTO)

3.(U) TANZANIA: Chemical tanker (MISSISSIPPI STAR) fired upon 28 Sep 10 at 0747 UTC while underway in position 06:28S – 039:48E, approximately 40NM northeast of Dar es Salaam. Five pirates armed with M16s and RPG on a speedboat approached along the starboard side at the main deck. The crew observed aluminum hook ladders. Pirates fired at crew and superstructure. Crew activated fire pumps, foam monitors, and fire hoses. After 30 minutes, the pirates aborted their attack after 30 minutes. A helicopter arrived on location to assist the vessel. (IMB)

Ecoterra (here) and Reuters (here) list 18 ships and fishing boats (my count) being held by Somali pirates. In addition, Somalis hold one yachting couple, as reported by Ecoterra:


Sea-jacked British couple, Paul and Rachel Chandler, aged 59 and 56, were abducted from their 38-ft yacht S/Y LYNN RIVAL, seized October 22, 2009 en route to Tanzania, and are still held in Somalia. The yacht was recovered by the crew of UK naval vessel Waveknight, after they witnessed the transfer of the Chandlers to commandeered MV KOTA WAJAR. The yacht was brought back to England. The elderly couple is now held on land close to Adado, sometimes separated for fear of a commando attack. The case is turning more and more ugly with pirates becoming brutal, politicians ignorant and the financially incapable family intimidated by several sidelines, whose money-guided approach is undermining bids by local elders, human rights groups and the Somali Diaspora to get the innocent couple free. Some humanitarian efforts, however, have succeeded and Somali elders, respected leaders and the Somali Diaspora have renewed their demand for an unconditional release. ***

Last word I have found on the Samho Dream was that she had been moved to Garacad (see here) and is not a huge "mother ship." She is still full of oil, though, and thus a hazard. 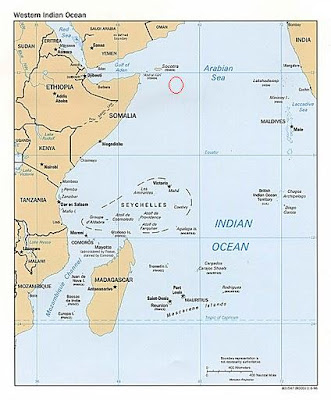 UPDATE: Reliable reports indicate that the Samho Dream, is, in fact, at sea and being used as a "mother ship." The report indicates the vessel is operating roughly 190 nautical miles SE off Socotra Island and another pirated vessel FV Tai Yuan 227 is also in use in the area east of 60 degrees East. Shipping is encouraged to keep a good watch. Red circle on map is in general area of concern (and best I can do where I am for now). Will update as I get more info.


The monsoon is abating in northeast and southwest Somali Basin and Arabian Sea but temporary poor weather, particularly along the central Somali Coast will have an impact on pirates’ activities.

In the northeast Somali Basin there are several possible pirated ships being utilized as mother ships operating in the vicinity of 55 degrees east, including VLCC SAMHO DREAM. Media reports have also mentioned that two Iranian dhows were pirated near 60 degrees east. There was activity at 60 degrees east probably linked to the last known location of the FV TAI YUAN 227 but the two events cannot yet be linked.  Pirates frequently force these pirated vessels and crews to be mother ships, thereby extending their range and increasing their endurance. However, their size allows early detection by radar. The area south of 3 degrees south off the Tanzanian coast has had a lot of recent piracy activity with several attacks and the pirating of MV ASPHALT VENTURE. This area is likely to remain active for some time due to the prevailing weather conditions.

Masters should note that the Tai Yuan 227 is a white hulled fishing vessel, approximately 50 metres long, with the registration numbers BH3Z87 painted in large black letters on the hull. 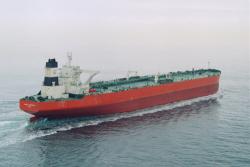 VLCC SAMHO DREAM is probably being used by pirates as a mother ship in operations south southeast of Socotra Island. The SAMHO DREAM is a 319,000 dwt, crude oil tanker, approximately 333 metres long, with an orange hull and white superstructure.

Pirates on these vessels represent an active threat to merchant shipping and any small boat observed in the open ocean more than 300nm from the Somali coast should be considered to be a potential pirate vessel.