"A Turkish Concept Against Piracy"

There has been a lot of discus[sion] [about] how to combat piracy effectively. And there is a tendency to use small and fast boats that can carry a light armament outside (enough to deter pirates or provide self defense) and a VBSS them inside. The Dutch Navy used their LPD, HNLMS Johan de Witt as mothership and conducted patrols with their LCVPs and LCU's based in the amphibious ship. This tactic was not without some success.
Thus Yonca Onuk shipyard in cooperation with Aselsan has developed a concept called Kangal. Kangal is an indigenous shepherd dog race.
In the heart of this concept lies the MRTP 22 fast intervention boat. MRTP 22 is a derivat[ive] of the SAT Infiltration Boat build by the shipyard for Turkish naval special forces. The MRTP was designed special for littoral operations and offers high standards of habitability, usability and maintenance.

Well worth reading it all and then watching this video on the concept: 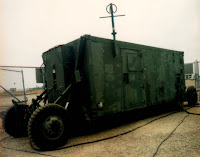