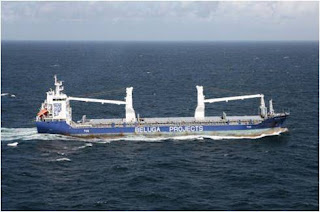 Some interesting photos of a boarding party from HMS Montrose getting aboard MV Beluga Fortune to ensure teh Somali pirates who held it briefly were gone at Pirates fail in pirating MV BELUGA FORTUNE in Somali Basin:


The warship HMS Montrose, operating under NATO’s naval force, headed towards the vessel as it was the closest ship from the scene of attack. As a result, the pirates set fire to part of the superstructure and immediately abandoned the ship on 25 October. “A team of Royal Marines from HMS Montrose boarded the vessel this afternoon and released them from the safe room,” explained NATO. “None of the crew were injured.” 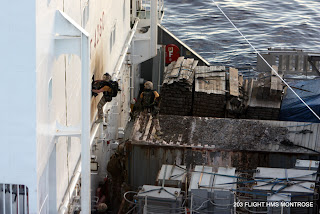 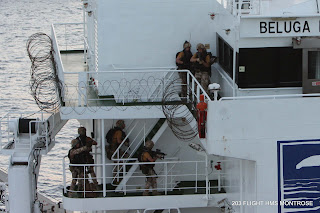 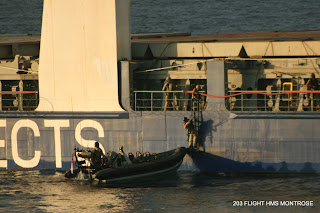