Somali Pirates: Danes on the Attack 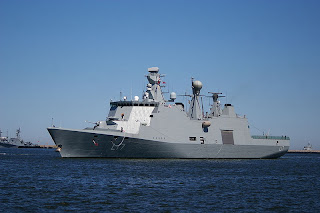 Command ship ESBERN SNARE has patrolled along the Somali coast and blown away one of the pirates' mother ships. This limits the pirates' ability to operate far from shore.
In the past few days, NATO has had ESBERN SNARE inserted into an intelligence operation along Somalia's east coast. For this task ESBERN SNARE took yesterday a mother ship that serves as a pirate supply base out in the open ocean.