Pirate Attack Off Coast of Iran

Early report of an attack on a merchant ship approximately 20 miles off Iran. Attack was unsuccessful. 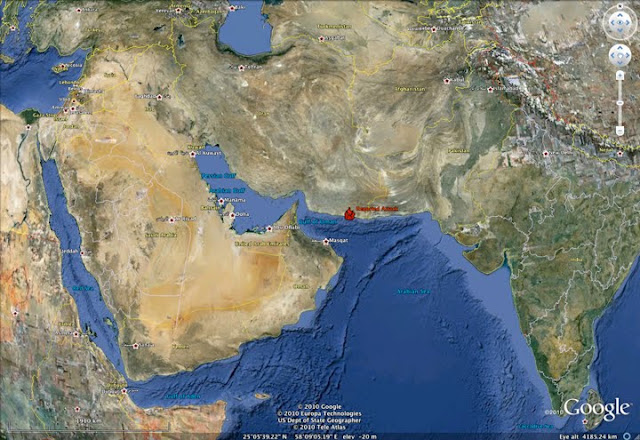 This may mark another move by Somali pirates into a major shipping lane.

I suppose that it speaks volumes about the threat perceived by the pirates by Iranian naval or other forces that the pirates can strike within 20 miles of the Iranian coast.

UPDATE: No, I am not suggesting Iran has any obligation to patrol 20 miles off its coast. As far as I know, they assert a 12-miles territorial waters limit and that would also limit their security area. Iran has long been involved with anti-pirate patrols in the Gulf of Aden (here). They may have to start working closer to home.

UPDATE2: New reports are that an Iranian frigate helped break up the attack. See Vesseltracker.com report: