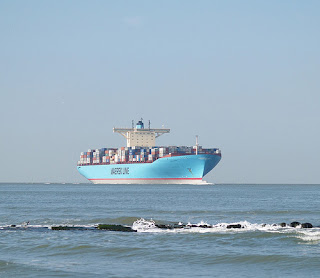 Like the world's largest diesel (or indeed, reciprocating) engine, the Wärtsilä RT-flex96C:


The Wärtsilä RT-flex96C is a two-stroke turbocharged low-speed diesel engine designed by the Finnish manufacturer Wärtsilä. It is currently considered the largest reciprocating engine in the world, designed for large container ships, running on heavy fuel oil. It stands at (13.5 metres (44 ft)) high, is 27.3 m (90 ft) long, and weighs over 2300 tonnes in its largest 14-cylinder version — producing 109,000 brake horsepower (80,08 MW).

It was put into service in September 2006 aboard the Emma Mærsk. The design is based on the older RTA96C engine,[2] but revolutionary common rail technology has done away with the traditional camshaft, chain gear, fuel pumps and hydraulic actuators. The result is better performance at low revolutions per minute (rpm), lower fuel consumption, and lower harmful emissions. 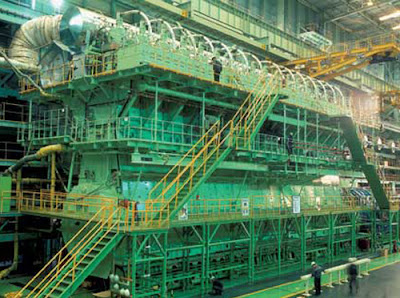 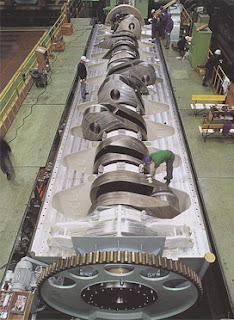 For all sizes of large, fast containerships from around 3000 up to more than 10,000 TEU capacity, at service speeds of around 25 knots, the RT-flex96C and RTA96C low-speed engines provide a comprehensive engine programme for power outputs from 25,320 to 84,420 kW.

Ship and engine photos from the  "Emma Maersk" website.

Email ThisBlogThis!Share to TwitterShare to FacebookShare to Pinterest
Labels: Things to Consider