South Korea chose not to wring its hands in despair over a Somali pirate captured ship and took positive action by storming and recapturing a vessel. Samho Jewelry, recently taken by Somali pirates, as reported in S. Korea rescues hijacked ship from Somali pirates:

South Korea launched a rescue operation before dawn with a Lynx helicopter providing covering fire and a South Korean destroyer, when the pirates left the vessel to hijack a Mongolian ship nearby, media reports stated.

"Three of our soldiers suffered light scratches on their bodies as they were fired upon by pirates on Tuesday," Col. Lee told BBC.

The captain of the ship had been shot but his injuries were not life threatening, he added. The captain had been airlifted to a hospital nearby.
***
"We will not tolerate any behavior that threatens the lives and safety of our people in the future," South Korean President Lee Myung-bak said in a televised statement.

UPDATE: More from the VOA:


The Norwegian-owned Samho Jewelry was heading to Sri Lanka from the United Arab Emirates when it was seized last Saturday, 650 kilometers southeast of the port of Muscat.

Mr. Lee added that other countries assisted with the raid but he did not elaborate. News reports say a navy ship from Oman was on the scene to support the South Korean operation.

On board the Malta-flagged chemical tanker was a crew of 11 Burmese, eight South Koreans and two Indonesians. It is operated by South Korea’s Samho Shipping. 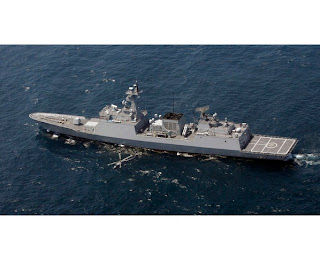 Military officials in Seoul say a South Korean naval destroyer, the Choi Young, with 300 special forces aboard, tailed the hijacked ship for days before moving in early Friday.

UPDATE2: Other countries? A clue found in here:


Seoul ordered a destroyer on patrol in the Gulf of Aden to give chase and President Lee ordered "all possible measures" to save the crew.

General Lee said the commandos moved in after receiving information that the "mother ship" for the pirates was leaving a Somali port.

"Since we thought we could be in an extremely difficult situation if the pirates joined forces, we chose today to carry out the operation."

Lee praised the freighter's 57-year-old skipper Suk Hae-Kyun for his prudence. "Pirates sought to take the vessel to the Somalian coast fast but the skipper helped us earn time by manoevering the vessel in a serpentine manner."

To distract the pirates' attention, the destroyer fired warning shots and manoeuvred close to the hijacked vessel. A Lynx helicopter provided covering fire as the commandos stormed the ship.

The Koreans were assisted by a US carrier which also provided a helicopter to transfer the wounded Korean skipper.

"It was breathtaking news," said Suk Hyun-Wook, son of the 58-year-old skipper, describing his response to reports of the raid.