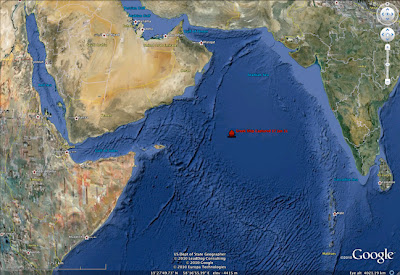 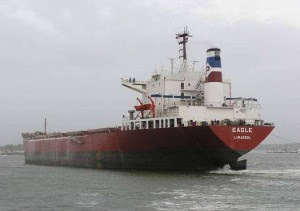 In the early hours of Monday 17 January, the bulk carrier MV EAGLE was attacked and pirated by a single skiff, with pirates firing small arms and a Rocket Propelled Grenade before boarding the vessel.

The attack occurred in the Gulf of Aden, 490 nautical miles South West of Salaam, Oman. There has been no contact with the ship since the attack.
The MV EAGLE which is Cypriot flagged and Greek owned, has a deadweight of 52,163 tonnes and a crew of 24 Filipinos and was on passage from Aqabar (Jordan) to Paradip (India) when it was attacked. There is no information concerning the condition of the crew. EUNAVFOR is monitoring the situation.