About Those Gasoline Prices

Chart of the Day - Gasoline prices near record highs:


As a result of ongoing geopolitical tensions as well and increasing global demand, the price of crude oil continues to trend higher. Over the past eight months, the cost of one barrel of crude oil has increased by over $40. With oil prices trending higher, it is not all that surprising to find that gasoline prices are following suit. Since the financial crisis lows at the end of 2008, the average US price for a gallon of unleaded has risen $2.18 per gallon. The only time when gasoline prices were higher than today was during a brief three-month period in mid-2007, just prior to the Great Recession.

As the news media excitedly notes, Exxon Mobil (trades as XOM) has reported a 1st quarter profit of about $11 billion. This seems to have set some people's hair on fire.

Should they be all that excited? I appears to me that the excitement comes from not understanding where they money taken in by a corporation goes. In Exxon's case, the company belongs, not to the management, not to Snidely Whiplash or Dr. Evil, but to the owners of its stock. 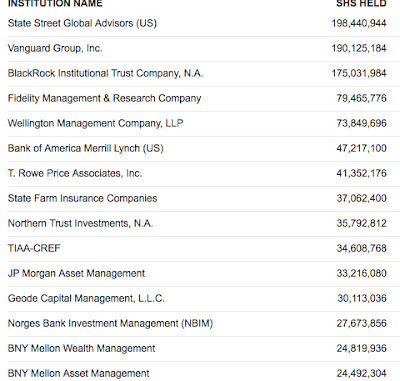 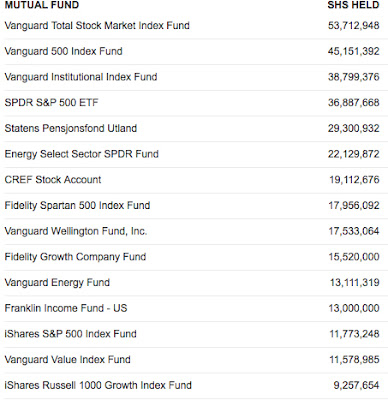 In short, vehicles through which pension funds and individuals invest own much of XOM - and much of the rest is owned by individual investors on their own accounts, along with employees and retirees of XOM and its acquisitions over the years (Mom and Dad, Granddad and Grandmother, in other words). Yes, some is owned by professional investors.

Exxon Mobil employs over 102,000 people who depend on it making money so that they will be paid and receive benefits.

If you want to protect yourself from high gas prices, here's an idea - invest in Exxon, Chevron and other energy companies. Their stocks are publicly traded and you can buy them! No kidding. Deal of a lifetime.

What many of those same excited people mentioned above fail to point out is that even after a huge "profit" by Exxon, the estimated earnings per share of Exxon Mobil stock is only $2.14. So, if you owned 1,000 shares of XOM stock (morning price was about $87) you would have $87,000 invested and your projected annual earning per share would be about $2.14 qtr x 4 qtrs= $8.50 per share or about $8,500 per year, a little over a 9% return on your investment. Exxon has 4.96 billion shares outstanding. As seen above, that "profit" gets distributed to many shareholders and to employees. Some of it is retained for future use.

Buy a 100 XOM shares and over a good year, you might get $800 "back" to offset the increase in gasoline prices. Of course, if you are buying Exxon, it will cost you $8700 to get back that $800 and there is no guarantee that things will continue to allow Exxon to earn $2 per share per quarter.  Chevron can be bought for $108 or so per share) its earnings are about $3 per share for the 1st qtr, roughly an 11% return if annualized (and if I am reading the number correctly). So, buy 100 shares of Chevron and for your $11,000 investment you may get "back" $1100 to offset gas prices. "Back" is in quotes, because, in reality you won't be able to pocket that money because that's not how it's paid.

Nope, earnings per share does not translate directly into dollar per dollar money for shareholders. Instead, those investors get paid dividends, which is the amount of money the management of the company believes is above that needed to meet basic operating costs and potential future expenses (where did you think they they got money to pay lawsuits and stuff?). Sometimes, if a company sees rough times coming, they may not pay a dividend, even when they are having a good quarter or year.

More on dividends here. My point is that the owners of the company - the shareholders, do not get $11 billion or $44 billion each. They do not reap 30% or 50% windfalls. Instead, they earn about 2 to 3% on their investment in cash before taxes and the rest of their "gains" are invested back into the company to help it grow and continue operations.

With dividends, you still own the stock and that has value which you hope increases because of wise management. But it may drop.

Oh, those evil oil companies. And all those neighbors of yours who own them. Gol durn profiteers.


Disclosure: Please note that I am a former energy company employee who hopes in the near future to start collecting pension money from Chevron and another energy giant.