How to Screw Up National Defense 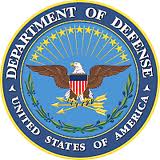 Read this The American Spectator : Obama's Machete Hacks Up Pentagon Budget and then come back for a discussion.

The President of the United States,flying blind into the world of national defense, comes up with a "magic number" that he must "feel" is the right amount to cut the U.S. Defense budget. That proposal is another $400 billion cut over the next 10 years in addition to the last $400 billion the president says has already been cut. So, what will be removed from national defense by hacking $800 billion?

Well, as pointed out in the article, who the hell knows?


He wants the analysis to find an additional $400 billion to cut from the Pentagon budget in the same ten years [NB as the first $400B] and redefine our "role in a changing world." It's both necessary and proper to make the analysis the president proposed. But, once again, he's set the amount to be cut before performing the essential threat analysis.

In other words, fire, then move the target to claim a hit.

Again, to the commentary,


We will no longer plan for the future and invest in the tools of war we will foreseeably need. The cuts Obama and Gates have already made will result in a force that is shaped differently from the one we might need were an enemy to disagree with Dr. Gates' belief that we won't have to fight another conventional war. Or if American satellites were attacked in space. Or if we were to suffer the kind of cyber attacks that were made on Estonia, Kyrgyzstan, and Georgia by Putin's Russia. Or if any number of other real threats were to be realized.

To borrow Obama's phrase, let's be perfectly clear. Our nation's security and that of our allies is at risk because of the cuts that have already been made in the absence of a realistic analysis of the threats we face. We cannot afford another round of "hope and change" at the Pentagon. The armed services need a budget that enables them to meet and deter or defeat every serious threat.

This is no way to plan any part of government, let alone that devoted to national defense. It's time for serious people to look at all aspects of the budget, and set realistic goals, not pull "magic numbers" out of the air.

It might even be possible that the President's dollar amount is exactly right. Stranger things have happened. But the wrong way to find out is when we really need a military we don't have.
Posted by Mark Tempest at 4/25/2011 09:23:00 PM