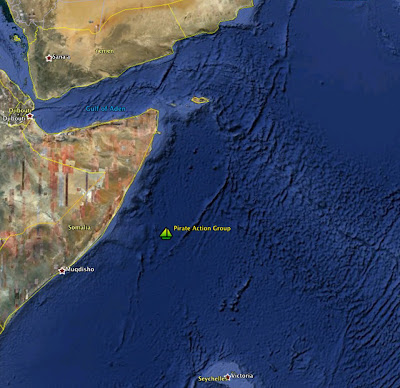 My own warning is that Somali pirates have been releasing ships after ransoms have been paid, and they now have openings in their inventory that they will be aggressively seeking to fill. Expect more attacks.
Posted by Mark Tempest at 4/29/2011 07:47:00 AM