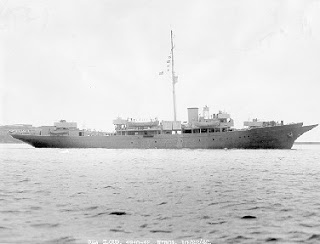 Interesting historical piece about an early experiement in racial integration in a wartime vessel at Racial Integration for Naval Efficiency by Cdr. Carlton Skinner, USCGR(ret):


The proposal had to be and was based solely on military and naval effectiveness. This was because, first, that was the origin of the idea; second, because I was sure that it was the only legitimate basis for considering a plan for racial integration of the armed forces during wartime. Everyone forgets to a greater or lesser extent the progress that has been made socially in this country in the area of race relations in the years since World War II. The big civil rights programs started with President Truman. I did not consciously think of the program as a "civil rights" program. It was to me a program for increased military effectiveness. It will be remembered that President Franklin Roosevelt, basically a liberal on social issues, said during the war that Dr. New Deal has been replaced by Dr. Win The War.

To bring about the use of Negroes in seagoing units in their best skills required a change in the rule of the Coast Guard and Navy that Negroes would not be accepted for or assigned to general ratings. It could be said that they had to be emancipated from the officer's servant status. But, it was equally clear to me that this could not be done merely by changing the rule. The rule was encrusted with tradition. It was based on long experience that, in general, Negroes joining the Coast Guard or Navy did not have mechanical or other skills. This was probably because of: 1) the previous educational opportunities, 2) the generally rural southern society from which Negro enlistees came, and the experience of the Army with all Negro units in World War I. These all-Negro units were labor battalions, used in the most tedious and laborious work and with white officers, most of whom had and exhibited racial prejudice.

I concluded that there had to be a demonstration that Negroes could serve in general ratings effectively. I quickly rejected the idea of an all-Negro unit. First, it was a violation of the proven method of training sailors of putting them on board ship and improving on their boot camp basic skills at sea. Sailors learn from other sailors. The Chief Boatswain's Mate with 25 years of service, two thirds of them at sea, is the best instructor. He can be tough, but the sailor learns from this toughness how to maneuver a small boat alongside, how to paint, how to clean, how to steer, etc. For Negroes to be well qualified, they had to go to sea and go to sea with qualified enlisted men as petty officers and fellow seamen. This meant the ship had to be an integrated ship--black and white at all levels, officers, petty officers and seamen.

And an article about a veteran of that crew, who retired as a Master Chief Boatswains Mate:


As captain, Skinner treated all races the same, whether it was for recognition or disobedience. He gave blacks authority over whites as petty officers and chiefs if they proved qualified. . “Mr. Skinner was a very nice man, and a very fair man,” said Hammond. “We were given an opportunity to strike any rate we wanted to,” he added

The experiment lasted little less than a year’s time, and soon the Sea Cloud was en route to a yard and her days as an active ship were numbered. But the mission proved successful, and the role of minorities in the Coast Guard would forever be changed. Skinner had made his point.

The irony of the vessel’s role in racial desegregation for the United States Coast Guard was that the ship was built in Nazi Germany, a society whose very values contradicted the value of racial integration. And for the cost of a cheeseburger, the Sea Cloud was more than worth the investment.


Read it all and think about how far we have traveled.