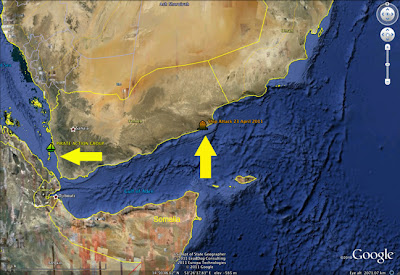 From the NATO Shipping Centre :

Note from the image above that the attack took place very close to the Yemeni coast and that the Pirate Action Group PAG) responsible for that attack remains in that area.

For the other PAG, note that it seems to be operating off the coast of Yemen in the Red Sea.