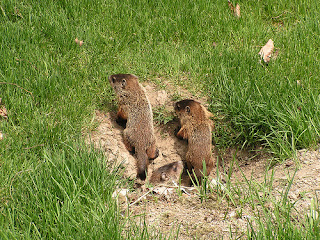 It might make a great move, but then again, the Taliban don't allow the watching of movies - Afghanistan's great escape: how 480 Taliban prisoners broke out of jail:


Kandahar's prison may not be Stalag Luft III but in terms of ingenuity, organisation and sheer cunning the successful break-out by at least 480 Taliban prisoners in the early hours of Monday morning rivals anything pulled off by British POWs in the infamous German prison camp.

According to people involved in the break-out, the Taliban's great escape began with a team of 18 insurgents on the outside spending five months burrowing hundreds of metres underground through the brown soil west of Kandahar city and into Sarpoza prison, taking their tunnel right into the prison's political section where hundreds of Taliban were held.

As the great escape was a break-in rather than a break-out, there was no need to surreptitiously get rid of the earth inside the camp; according to one local media report, the Kandahar plotters simply sold lorry loads of the earth in the city's bazaar from a tunnel stretching a reported 320 metres.

The starting point was a compound directly opposite the prison that from the outside looked like any one of hundreds of building companies that have popped up in areas awash with reconstruction dollars.

But the metal and concrete beams made there were not for building US-sponsored projects. Instead they were used to support a part of the tunnel that went directly underneath a section of Afghanistan's most important road: the stretch of Highway One running between the cities of Kandahar and Herat.

If we hear about a Taliban guy riding a motorcycle in a ripped sweatshirt and trying to jump fences to escape, we'll know where they got the idea.