For My Sons' Navy I Want - What We Sell to Egypt 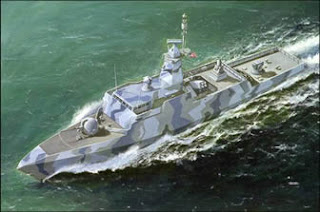 
VT Halter Marine, Inc. . . . held a dedication ceremony for the first of four Fast Missile Craft (FMC) built for the Egyptian Navy at its Pascagoula shipyard . The keel for this first FMC was authenticated on April 7, 2010.
***
The FMC is designed to perform coastal patrol, surveillance, interdiction, surface strike and naval battle group support. The vessels will allow the Republic of Egypt to maintain security of its coastal regions for both itself and friendly countries, while denying access to the areas by any potential adversaries. Each FMC will be approximately 62m in length and will incorporate ship signature control technology. High speed and maneuverability are two of the ship’s primary assets to fulfill these roles. The vessels will also incorporate numerous combat system assets and electronic sensors, equipping the vessels with capabilities in anti-aircraft, anti-surface and electronic warfare. 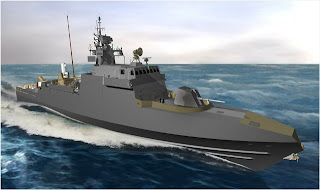 The primary mission of the FMC is to conduct independent and joint operations, primarily against armed surface adversaries. The Egyptian Navy has a requirement for a vessel with the capabilities of an FMC to combat these threats and to patrol and defend its coastal waterways of the Red Sea, Mediterranean Sea, and in particular, the Suez Canal.
***
Each of the 63 meter craft carry a 76mm Super Rapid Gun, Harpoon Block II missiles, MK49 Rolling Airframe Missiles, and the Close-In Weapon System (CIWS) Block 1B. These high-speed, agile craft can reach speeds of greater than 34 knots provide berthing for a crew of up to 40 sailors and operate up to eight days independently at sea.
The first of four FMCs are scheduled to join the Egyptian fleet in 2012. PEO Ships will continue to assist with acquisition and oversight efforts throughout the construction process and will provide follow-on technical and training support to the Egyptian Navy upon delivery of the vessels. 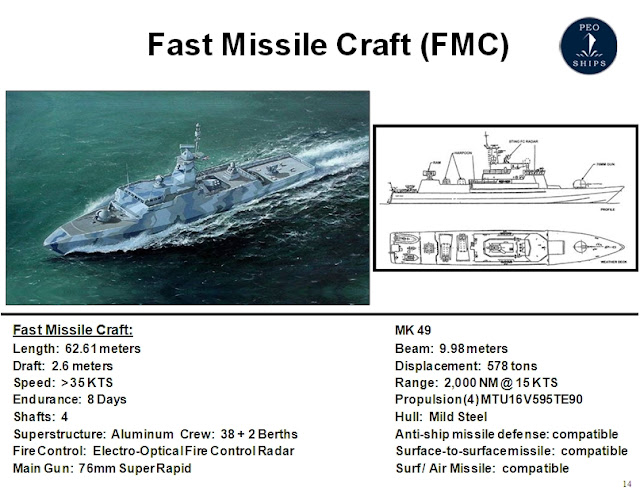 I added the emphasis above.

UPDATE: Yes, small ships, heavily armed, short-legged. I got that. Less expensive for littoral warfare (surface) than another model which shall remain unnamed here. In a squadron of 5 or 6, joined by armed helicopters and a "mother ship" - they would be nice to have in the green and brown waters for asymmetric stuff.