Midrats Episode 98 Tom Bowman with the Darkhorse in Afghanistan 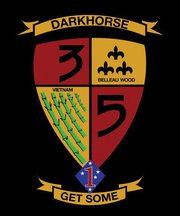 Join us Sunday, 20 Nov 11 at 5 pm (Eastern U.S.) for Episode 98 Tom Bowman with the Darkhorse in Afghanistan on Blog Talk Radio:


For those who listen to All Things Considered on NPR, earlier this month you caught an outstanding series on the 3rd Battalion 5th Marines – the Darkhorse Battalion — the Marine unit that suffered the highest casualty rate of any Marine unit during the 10-year Afghan war.

Our guest for the full hour is the journalist who brought the American people that story - Tom Bowman, NPR National Desk reporter covering the Pentagon.

In his current role, Bowman has traveled to Iraq and Afghanistan often for month-long visits and embedded with U.S. Marines and soldiers.

Before coming to NPR in April 2006, Bowman spent nine years as a Pentagon reporter at The Baltimore Sun. Altogether he was at The Sun for nearly two decades, covering the Maryland Statehouse, the U.S. Congress, the U.S. Naval Academy, and the National Security Agency (NSA).

The show link is here. You can also download the program there (shortly after we finish on air) for later listening. Or you can find Midrats on iTunes.
Posted by Mark Tempest at 11/20/2011 12:39:00 AM