Iran: On the brink of nuclear weapons 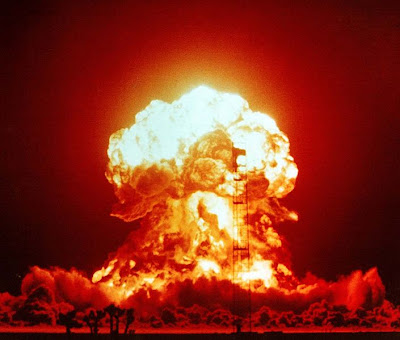 In what will undoubtedly be an "unexpected!" surprise to the intel hacks who wrote the 2007 National Intelligence Estimate (NIE), here, the WaPo reports IAEA says foreign expertise has brought Iran to threshold of nuclear capability


Intelligence provided to U.N. nuclear officials shows that Iran’s government has mastered the critical steps needed to build a nuclear weapon, receiving assistance from foreign scientists to overcome key technical hurdles, according to Western diplomats and nuclear experts briefed on the findings.

Documents and other records provide new details on the role played by a former Soviet weapons scientist who allegedly tutored Iranians over several years on building high-precision detonators of the kind used to trigger a nuclear chain reaction, the officials and experts said. Crucial technology linked to experts in Pakistan and North Korea also helped propel Iran to the threshold of nuclear capability, they added.

Not a shock to most of us, but it appears the NIE from 2007 proved grossly incorrect.

Heads ought to roll, but usually don't.

Pertinent section of the 2007 NIE (I added the emphasis):