Somali Pirates: End of October Brings Out the Pirates 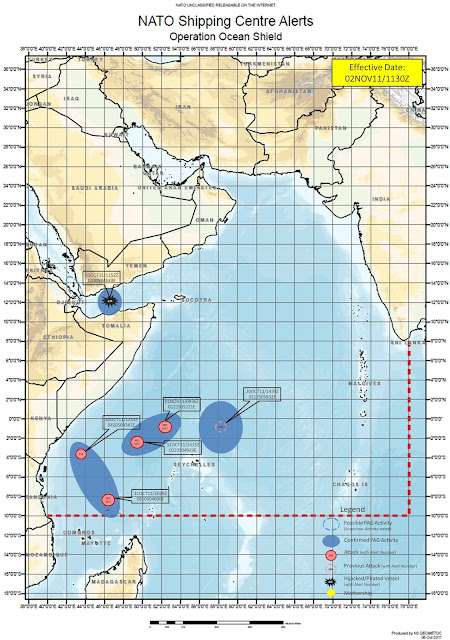 It is believed that the hijacked vessel is a Greek-owmed chemical tanker nabbed by the pirates as it exited the Red Sea following a transit through the Suez Canal, according to this Reuters report:


Somali pirates have hijacked a Greek-owned chemical tanker with 22 people on board in the Gulf of Aden and are taking the vessel towards the Somali coast, a regional maritime expert and a pirate said on Tuesday.

The Marshall Islands-flagged Liquid Velvet was seized on Monday in the Gulf of Aden en
route to India. The 11,599 DWT vessel is owned by the Greek firm Elmira Tankers, according to the firm's website.

A pirate who gave his name as Khalif confirmed the attack.

"We have hijacked the tanker and it is due to anchor near the shores of Garad," Khalif told Reuters by telephone from the pirate haven of Dhanane.