The crew of a Taiwanese fishing vessel fought against armed Somali pirates to retake their ship after it was hijacked off East Africa, Taiwan authorities said Sunday.

The 290-tonne Chin Yi Wen with a crew of 28, including nine Chinese, eight Filipinos, six Indonesians and five Vietnamese, had been out of contact since Friday, the foreign ministry said.

But the crew managed to overwhelm the six armed pirates and retake control of their ship. 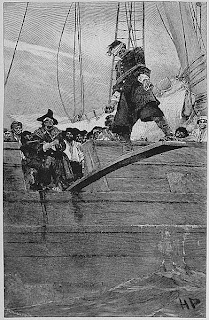 "In my memory, this is the first time sailors of a fishing vessel hijacked by Somali pirates have freed themselves on their own," Tsay Tzu-yaw, spokesman for Taiwan's Fisheries Agency, told AFP.

The Somali pirates fell into the sea,* Tsay said, quoting the fishing boat owner, adding that details of the saga and the fate of the six pirates were not immediately clear.

"Fell into the sea."