Listen to Midrats Sunday: Episode 96 The Journalist at War 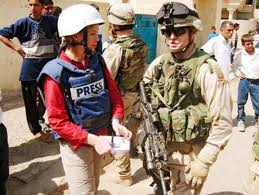 They share the hazards, smell the smells; all that is needed so that those at home may understand what their countrymen are doing in the far reaches of the world on their behalf.

The best know that to tell a story, you have to be in it. Sometimes, the story catches up with them. 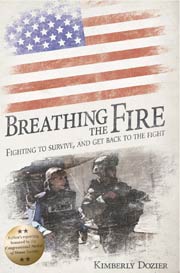 Our guest for the full hour will be Kimberly Dozier, foreign correspondent for CBS News Radio specializing in the Middle East from the disputed territories of Israel to the war in Afghanistan and the hunt for Osama bin Laden.

She reported on the war in Iraq from 2003 until she was injured by a car bomb in 2006. She recently returned to Afghanistan and Pakistan as an Intelligence/Counterterrorism correspondent for the Associated Press.

She is also the author of Breathing the Fire, the story of her recovery from her injuries in 2006.

Also you can listen on iTunes or BlogTalkRadio - Midrats or by downloading from either location.
Posted by Mark Tempest at 11/13/2011 10:59:00 AM