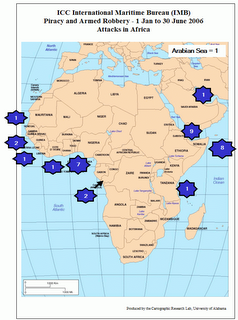 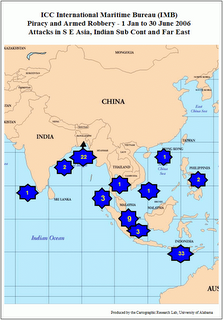 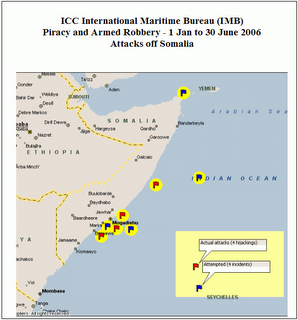 Reported here as Pirates are back on the map:

The Piracy Reporting Centre at the International Maritime Bureau listed 127 pirate attacks worldwide in the first six months of this year, the same as in the previous six months.
***
The report said that 6 seafarers were killed, 156 crew members were taken hostage and 13 were kidnapped. A total of 74 ships were boarded by pirates and 11 were hijacked. Indonesia recorded 33 of the incidents, Bangladesh had 22 and Somalia had 8.

The Strait of Malacca's rate of piracy slowed, but Somalia, Indonesia and Bangladesh are trouble spots.