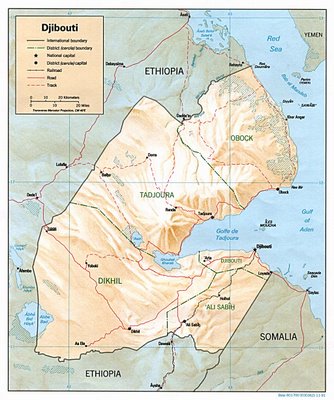 Nearly doubling the Djiboutian navy and vastly expanding its capabilities, the U.S. government on Thursday handed over four refurbished patrol boats designed to boost security in the region’s most vital waterways.

The 44-foot boats are part of the Foreign Military Financing program, through which the U.S. government equips and arms its allies.
***
“But before these new boats, we had no capability to go out in heavy seas. These boats, they give us the capability to spend five days at sea,” said Lt. Ahmed Daher Djama of the 300-man Djiboutian navy.

“They have night vision, GPS (Global Positioning System), all the new naval systems. So they are very useful for patrol.”