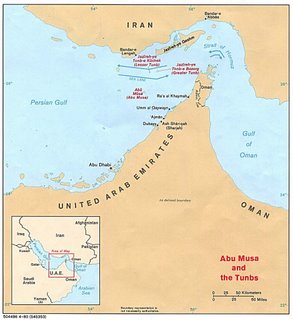 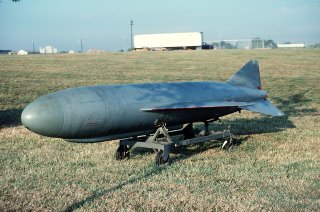 Can Iran block the Hormuz Strait?

The Strait of Hormuz is the narrow sea passage that connects the Persian Gulf to the Oman Sea. This is the only sea-passage for the export of oil from the Persian Gulf states. The Iranian forces have done several maneuvers aimed at closing the Strait of Hormuz at the time of crisis and the Western forces in the region (in cooperation with the some of the littoral countries or independently) have conducted several maneuvers aimed at deterring such plans. Peter Brooks, a senior fellow at the Heritage Foundation, writes: "Iran could temporarily wreak havoc in the Persian Gulf, using sea-skimming, nears supersonic Chinese C-801 anti-ship cruise missiles (and older Silkworm missiles), quiet Russian Kilo diesel and mini-submarines, stealthy mines, high speed patrol boats 'swarm' tactics...". (6)

Also, Kenneth R. Timmerman writes: "...Iran plans to begin offensive operations by launching successive waves of explosives-packed boats against U.S. warships in the Gulf, piloted by "Ashura" or suicide bombers. The first wave can draw on more than 1,000 small fast-attack boats operated by the Revolutionary Guards navy, equipped with rocket launchers, heavy machine-guns and possibly Sagger anti-tank missiles�A second wave of suicide attacks would be carried out by "suicide submarines" and semi-submersible boats, before Iran deploys its Russian-built Kilo-class submarines and Chinese-built Huodong missile boats to attack U.S. warships, the source said. The 114-foot Chinese boats are equipped with advanced radar-guided C-802s, a sea-skimming cruise missile with a 60-mile range against which many U.S. naval analysts believe there is no effective defense...The Iranians also plan to lay huge minefields across the Persian Gulf inside the Strait of Hormuz, effectively trapping ships that manage to cross the Strait before they can enter the Gulf, where they can be destroyed by coastal artillery and land-based "Silkworm" missile batteries. Today, Iran has sophisticated EM-53 bottom-tethered mines, which it purchased from China in the 1990s. The EM-53 presents a serious threat to major U.S. surface vessels, since its rocket-propelled charge is capable of hitting the hull of its target at speeds in excess of 70 miles per hour. Some analysts believe it can knock out a U.S. aircraft carrier..." (7) More recently, the semi-official Iranian news agency has reported: "...Iran successfully test-fired a super-modern flying boat on Tuesday during war games at the Strait of Hormuz, the Mehr News Agency correspondent in the region reported. The boat is capable of moving at high speeds of up to 100 knots in the Persian Gulf waters and the Oman Sea. Because of its advanced design, no radar at sea or in the air can locate it. It can lift out of the water and can launch missiles with precise targeting while moving....A new land-to-sea missile called Kowsar was also tested successfully on Tuesday..."(8)

Therefore, it seems that Iran has actually enough power to block the Strait of Hormuz by sinking several big ships in the main channels of the traffic (although most of the traffic separation lines are in the side of the Strait which are technically, i.e. according to the international law of Seas, part of Oman's Territorial waters. Also, Iran may interrupt the shipping in the Strait of Hormuz by mining the international waterway or directly attacking the target vessels. Such actions are enough to stat a full-scale war between the regime of Iran and all other concerned force.

Also of note is an article on the energy relationship between China and India titled, "Iran's mullahs promise to cover China's demand for energy."
UPDATE: Added art. Prior post on "Silkworms on the Hormuz" here.