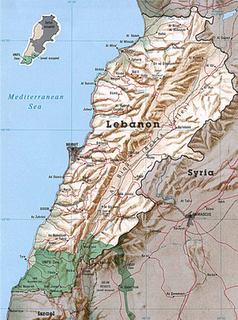 5. ROMANIA: Bulgarian ferry boarded and robbed 09 Jul, Danube River, Galatz port. During a passport review, when the crew and passengers had to leave the vessel, thieves came aboard and broke the windows of two cars and stole money, cloths, and a dog. The ferry routinely sails from the Bulgarian Ruse to the Ukrainian port of Reni. According to passengers who usually travel that route, such attacks are not rare. The crew speculates the thieves could be listening to their radio channels when they report what the ferry is carrying and stated this was 21st century piracy (LM).

I can understand money and maybe the "cloths" - but stealing a dog? Especially one that is obviously not much of a watchdog... 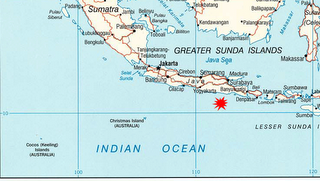 The most interesting item in the list is one I noted earlier here, but ONI sets the right note of concern raised by the unusual nature of the event:

2. INDIAN OCEAN: Bulk carrier reported attempted boarding 13 Jul at 1020 UTC in position 10:12S 112:15E, 105nm south of Java Island, Indonesia. Six boats (two with white hulls and four with black hulls) approached the vessel from the stern. Each boat had five masked persons dressed in black cloths. Boats came close to the stern so alert crew mustered and master altered the vessel'’s course. Small boats then moved away. ONI Comment: The location, distance from shore, time of day, and large number of vessels and persons involved is not typical of piracy and maritime armed crime reporting for this area and warrants further attention (IMB, ONI).

UPDATE: More on Romanian river pirates here. Turns out the dog was worth a good deal of money.

I guess I should also note that the 'fishermen" who had a submarine full of cocaine have pleaded guilty as reported here. They were arrested last year:

Authorities announced Tuesday that eight Colombian fishermen have pleaded guilty to federal charges of cocaine possession with intent to distribute. The men were arrested in August onboard the fishing vessel Rio Mar I, 90 nautical miles southwest of the Galapagos Islands.

Days before the interdiction, members of the U.S. Coast Guard onboard the naval ship saw the fishing boat trailing a cable from the stern, appearing to be pulling something. The boat was plying waters known for drug trafficking.

The fishing vessel was interdicted Aug. 19. The wire-towing harness guardsmen had seen and photographed was nowhere to be found, according to court filings.

The day after stopping the boat, guardsmen found a 31-foot-long, submersible vessel about 15 miles away from where the Rio Mar had been boarded. The steel sub was about 4 feet in diameter, contained 5,500 pounds of cocaine and was attached to a 350-foot cable, according to court papers. It had an electronic transmitter in its nose cone.