Somali Pirates: Board and Search 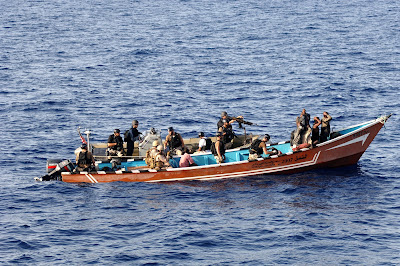 Gee, I don't know exactly what may have made the San Jacinto team suspicious -- though that pair of brand new Yamaha motors on the stern of the "fishing" boat would have made me curious . . .
Posted by Mark Tempest at 6/09/2010 12:33:00 PM