Somali Pirates: On the Prowl 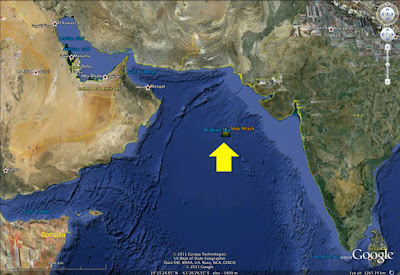 
An Abu Dhabi-owned ship has come under attack from pirates in the Arabian Sea while sailing from Australia to Dubai in the United Arab Emirates, state news agency WAM said Saturday.
The bulk carrier MV Arrilah-I, was attacked in the early hours of Friday, WAM said quoting a statement by the Abu Dhabi government-owned operator.
"We have been assured that all crew members are safe and in good health. Company management is monitoring the situation closely in coordination with relevant government authorities," it said, without specifying clearly that the vessel had been hijacked.
The statement also did not specify where the ship was in the Arabian Sea when the attack happened.
M.V. Arrilah-I is a "37,000 metric tonne deadweight, Handy Size Bulk Carrier", according to the statement . . .