An Italian cargo ship has been attacked by pirates off the coast of Somalia.

But it was able to fend off the assault, port authority sources confirmed.

The attack was said to have taken place 200 kilometres off the Somali coast.

The captain of the Genoa-registered ship had to take emergency measures, including ordering the vessel to full speed.

The crew was able to thwart the attack without sustaining any serious damage or injuries.

There is Increasing Worry That Pirate Attacks in African Waters Are on the Rise. On Thursday the 30,000-Ton Italian Cargo Ship "Jolly Marrone" Was Attacked by Pirates 70 Miles off the Somali Coast, but There Were No Reports of Casualties.

The "Jolly Marrone" had earlier sailed from Mombasa, Kenya. But it weas unclear to where it was traveling. Other details were not immediately available.

In June Somali pirates attacked and seized a United Nations World Food Program vessel off the Somali coast that was carrying 937 tons of rice donated by Japan and Germany for Somalia`s 28,000 tsunami victims. The pirates are continuing to hold 10 crewman hostage.

The International Marine Bureau reported earlier this week that while the number of pirate attacks worldwide hit a six-year low in the first half of 2005, attacks in Iraqi and Somali waters are increasing. The IMF registered 127 attacks globally in January-June, a 30 percent drop and the lowest rate since 1999. So far in 2005 pirates have not killed any sailors, compared with 30 by this time last year.

During January-June 2005 Somali pirates armed with guns and grenades attacked eight vessels and seized hostages for ransom. Only one attack occurred in Somalia between January and June last year. (source) 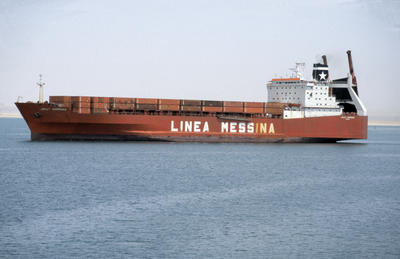 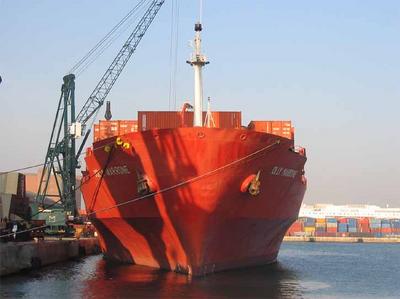 A group of Somali pirates tried to assail an Italian ship of the Genoa based company Messina, the Jolly Marrone, 110 miles off Somali coasts. The assault occurred this morning and according to the reconstruction made by Rome port authorities the Italian merchant ship has avoided the assault with a disengagement manoeuvre and escaped to the Ghibuti port. Pirates were onboard two ships. They fired some sub-machine shots but they also had a bazooka.(source)