WFP gets tough with Somalia over the seized WFP ship here:

The UN food agency has warned it will stop shipments to central Somalia for 10 years if one of its ships hijacked by pirates is not returned in 48 hours.
The World Food Programme's director for the region, Robert Hauser, was speaking after reports the pirates were in talks with Somalia's interim government.

It also follows Kenyan claims that the WFP was delaying the ship's release by refusing to talk to the warlords. 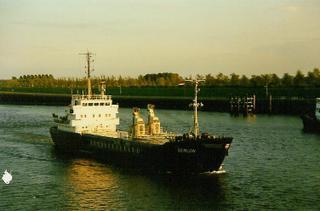 Update: (7/13/05) More on this threat here and here. The WFP is quoted as be concerned over the ship's safety:

But Mr Hauser told the BBC they were increasingly concerned for the safety of the ship as bad weather was bringing high winds and rough seas to Somalia's north-east coast. (BBC)

Hauser said the sea had become turbulent and there was a real risk of the vessel being tossed to the shore by the waves; the crew also risked running out of fresh water and food.(Reuters)