The business of continuing to extract oil from oil wells abandoned buy "big oil" gets some coverage here:

With U.S. oil production on the decline, and energy from alternative sources still a small part of the supply picture, experts are pulling for companies such as Cano.

"Renewable energy is a great idea, but the fact is that we're not there yet," said Alesha Leemaster, spokeswoman for the Interstate Oil and Gas Compact Commission, which represents the governors of states that produce oil and natural gas. "It's so important that we get those extra resources out of the ground."
---
"Stripper wells are huge in this country," said Jeff Eshelman, spokesman for the Independent Producers Assn. of America. "They're the equivalent of what we import from Saudi Arabia each year." 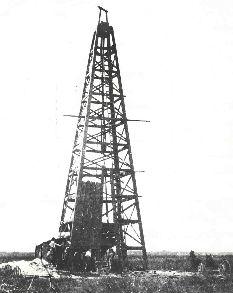