Halloween nears and the stores are full of costumes designed to turn little angels into devils and vice-versa.

Such costuming is not unknown in navy circles - many warships have disguised themselves as merchants to lure prospective pirates or enemies into engagements (see here for one such example).

In the movie Master and Commander and the book The Far Side of the World, Captain Aubrey turns his vessel into a fake whaling ship to lure an American ship into a fight.

A real oddity in modern times, however, is a merchant ship disguising itself as a warship... or, as is set out below, a country disguising a whole bunch of unarmed merchant hulls into fake battleships, cruisers and the like.

Which is exactly what Great Britain did in World War I - and, you might guess, the active mind of Winston Churchill was behind the plan:

Three years before the outbreak of the Great War, Winston Churchill dreamed of a dummy fleet for the royal navy to deter the German High Seas Fleet and lure its submarines into traps. But not until two months into the war, when Churchill was first lord of the admiralty, was he able to get his plan under way. In October 1914, he wrote the following:

It is necessary to construct without delay a dummy fleet. Ten merchant vessels...should be selected at once. They should be distributed among various private yards not specially burdened with warship building at the present time. They are then to be turned mocked up to represent fast battleships of the First and Second Battle Squadrons. The actual size need not correspond exactly, as it is notoriously difficult to judge the size of vessels at sea, and frequently even destroyers are mistaken for cruisers.

We are bearing in mind particularly aerial and periscope observation where deception is much more easy. . . Very little metal would be required, and practically the whole work should be executed in wood or canvas.

He explain, "Even when the enemy knows that we have such a fleet its presence will tend to mystify and confuse his plans, and baffle and distract the enterprise of his submarines. He will always be in doubt as to which is is the real and which is the dummy fleet." . . .

Ten old passenger and cargo ships were quickly selected and reconstruction was begun that same month. Although size was not a critical factor, it was important that each ship's silhouette resemble the warship it was to simulate. Accordingly, they were fitted out with broader decks, and were given greater length, warship like bows and sterns, fire-control towers, turrets and guns, and the appropriate number of smokestacks, ones that belched real smoke from small concealed smoke generators. Because merchantmen without cargo ride higher in the water than warships, each was ballasted down with 9000 tons of stone.
***
At first the phantom fleet anchored at the main naval base at Scapa Flow, placed in the outer roads to draw the first torpedoes of any U-boats that might penetrate the well-defended base. Later they steamed out into the North Sea to lure U-boats to risk attack in the face of the very real escort warships.

Beginning in March 1915, ships of the phantom fleet were sent to the Mediterranean to support the big Allied naval effort to force their way through the Dardanelles and knock Turkey our of the war. Their role was again to act as decoys for submarines but also to draw fire from the Turkish shore batteries.

One of these vessels . . . was the former S.S. Merion, a 12,000-ton liner converted to a dummy of the 30,000-ton Tiger, the Royal Navy's newest and largest battle cruiser. During the evening of 30 May 1915, pseudo-Tiger was sighted and torpedoed . . . by a German U-boat. The ship's captain . . . and all but 4 of his crew of 117 managed to abandon ship successfully as the vessel, ballasted with rock, sank slowly on an even keel. The U-boat commander might have been puzzled initially by his victim's failure to heel over or plunge bow or stern first as ships normally did when torpedoed; but it must have dawned on him that he had been hoaxed when, as pseudo-Tiger slipped under, it shed its turrets, supposedly weighing 100 tons and left them floating off into the Aegean twilight, guns pointing to the sky.

Naturally, such a project was difficult to keep secret - and the New York Times published the first rumor in an article that appeared in December 1914, with fairly specific detail:

A tale of a British naval trick in process of preparation, the purpose of which was not quite clear, was brought to New York yesterday by a passenger on the White Star liner Baltic from Liverpool.

The passenger told of the fitting out of fifty dummy warships. . .These vessels are old steamships of various tonnage and speed...

The purpose for which they are intended is being kept secret . . .

In an interview with a Times reporter at his hotel the passenger . . . said that the work was being carried on day and night...
"After the interior fittings of the ships have been ripped out," the passenger said, "the hulls are strengthened withe extra steel beams and the holds filled with cement or some product of similar nature to sink them level with the water. Then the upper works are painted a naval gray and wooden turrets and wooded guns are mounted on their decks. Through a friend in the shipyard I looked over one old passenger liner that was being fitted with nine-inch guns and looked quite formidable. While I was there a painter who was working on a dummy funnel fell out of the bo'suns chair he was sitting in, went through the turret and smashed the gun inside.

"Of course, all these things are very lightly constructed and have to be handled carefully. An able seaman, who was carrying a 'ten-ton' anchor on his shoulder along the deck. was admonished by the bo'sun to go easy or he would break the mudhook in two amidships..."

Not much a secret. However, perhaps the Germans didn't read that issue of the Times.

Later, in January 1918, the Times headlined the story of this fake fleet as the

See here for the pdf version of this concluding story:

The wooden ships without a single real weapon aboard - British Navy men called them "mock turtles" - helped Britannia rule the waves during the first year of the war, and the Germans never once suspected that they were aught but what they seemed. The foe did not catch on to the joke even when one of their submarines sank a dummy at the Dardanelles where it was serving as a mail ship for the allied fleets. They announced and rejoiced that "a British battleship of the ______ class was sunk by one of our submarines," although the huge guns and turrets of the dreadnought floated for days about the entrance to Stamboul! 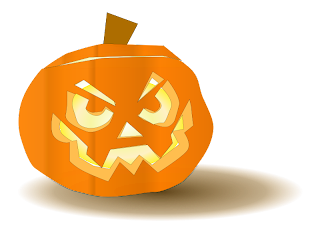 A naval example of "trick or treat."