Somali Pirates: NATO Rules of Engagement Still Being Worked Out 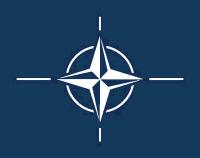 As noted here, NATO deploys naval ships for work against Somali pirates, but as set out here, its battle plan is still a work in progress:

The commander of a NATO task force on its way to tackle piracy off the coast of Somalia has said he still does not know what the rules are for taking on the high-seas bandits. U.S. Admiral Mark Fitzgerald said while he was aware of where the pirates were operating, there was little he could do militarily to stop them and that guidelines on how to take them on -- including whether to shoot -- were still in the works. "You know, I don't think we've gotten the rules of engagement yet from NATO," Fitzgerald told reporters on Monday during a briefing on U.S. naval operations in Europe and Africa. "That's all still being debated in the North Atlantic Council. All we've been told is to prepare a plan to go down there. So (the rules) are going to have to be debated." Six NATO members have contributed ships, including destroyers and frigates, to a special anti-piracy task force following a request from the United Nations. The NATO group passed through the Suez Canal last week on its way to the Horn of Africa, where piracy has surged this year, with more than 30 ships seized and ransoms estimated at $18-$30 million have been paid to free hostages. There are already naval assets from Britain, the United States and Russia in the region, but the area is so vast -- more than 2.5 million square miles -- that it is almost impossible for the pirates to be stopped unless they are caught red-handed. "From a military standpoint, we certainly are limited by what we can do," said Fitzgerald. "How do you prove a guy's a pirate before he actually attacks a ship? "We have a problem from the military side at sea because we can't be omnipresent in the space, and the pirates operate at an advantage because ... they don't announce they're a pirate until they attack a ship." Security specialists say there is a window of only about 15 minutes for a navy ship to respond to a distress call and get to another ship that's being hijacked. Once pirates are on board, there's little, legally, that can be done. "You've got a very short window, a short time span, from the point where they decide to board a ship and (actually) board it. If you're not right there, there's not much you can do, and once the ship is taken hostage, then...." The Danish navy learnt to its cost last month what can happen if you do seize suspected pirates. They captured 10 people, but after holding them for six days aboard a Danish ship, the suspects were set free and put ashore in Somalia because the legal conditions surrounding their detention were unclear. Denmark's Defence Ministry said Danish law did not allow for prosecution of the men before a Danish court. The ministry said it had explored the possibility of handing them over to other countries but that was also not feasible. A senior British naval commander admitted last week that it was essentially a legal minefield trying to take on the pirates, and urged commercial ships operating in the region to hire their own private security companies to deal with the threat. Admiral Fitzgerald said the Danish experience showed how weak the impetus was going to be to capture pirates. Instead he said his task force would focus on escorting World Food Programme ships trying to deliver aid to Somalia.