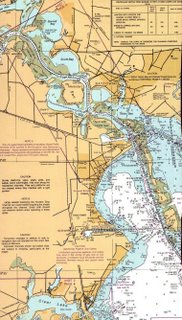 The Houston Ship Channel is an important link to the world, as well as the home to a lot of U.S. refining capacity. It's security is important, as reported here. There are few problems, though-

The Port of Houston, which is the No. 2 port in the United States in terms of tonnage behind the Port of South Louisiana, has been awarded $31.5 million in federal security reimbursements. The port is home to a $15 billion petrochemical complex that is the nation's largest, and is comprised of the Port of Houston Authority and more than 150 private industrial companies lining the Houston Ship Channel.

"There's been a watershed change in the way that the security element has shifted from what used to be more of a theft deterrence to a terrorism deterrence mode. But there's so much more to be done," Ellis said.

A key post 9-11 concern has been getting biometric identity cards in place for workers that can be checked by uniform machines port to port so U.S. marine terminal authorities know who's on site. The cards, tested by the Transportation Security Administration, would be issued to workers who passed background checks and allow identities to be verified by matching physical characteristics such as fingerprints, handprints or eyescans to the card holder.

Ellis said port workers and others who need daily access to secure portions of ports should have the cards by year's end. But "we're still a ways away" from the additional step of having machines that would read the cards, he said.

"We're pleased that this system has made some progress, but it's still five years after the event and we don't have a credible system to identify transportation workers going in and out of the marine complex," Ellis said. 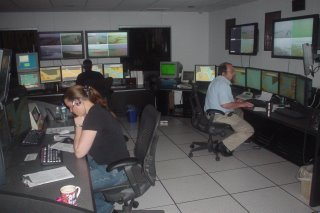