USS Trenton to be transferred to Indian Navy 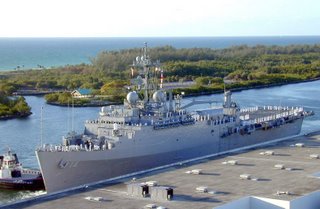 With military ties growing, the US is transferring one of its amphibious ships 'USS Trenten' to India to give the Indian Navy the capability to move troops and equipment to greater distances, a top American Commander has said.

The transfer is expected to take place sometime this December, Commander of the American Pacific Fleet Admiral Gary Roughhead said.

"USS Trenton', the Admiral said, will give capability to the Indian Navy to move troops and equipment to great distances and the ability to remain off shore for a prolonged period of time.