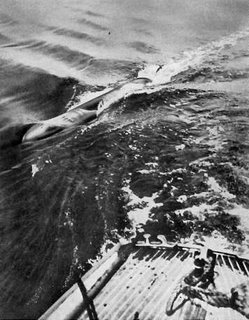 One of the biggest threats to a surface ship is the torpedo. Some modern technology is being tested to help counter that threat, as reported here:

The tests conducted during the underway period involved firing more than 25 disarmed torpedo volleys at BHR that were detected by both the U.K. SEA SENTOR and the U.S. TRAPR DCL system while the ship conducted high-speed maneuvers. SEA SENTOR provided the ship with several options to evade the torpedoes, and the data collected by the TRAPR system gave testers a wealth of information to improve the system.

“A single torpedo can be extremely deadly and can sink a large ship,” said David Howard, vice president, Ultra Electronics Ocean Systems. “So having a system that can defend thousands of Sailors and Marines from torpedo attacks is very important to us.”