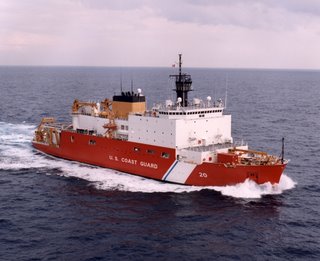 Reported as Mystery surrounds deaths of Coast Guard divers in the Arctic:

"What I can tell you is this: These people were very well trained. Every time we did something we had to have a safety briefing," Stevenoski said. "There was an accident that was completely unforeseen. What's unusual is we don't know why they died."
***
According to Coast Guard protocol, they would have created a "dive profile," detailing who was diving, how far down they were going and how long they would spend at various depths.

Typically such plans are drawn up by a ship's dive officer, though the captain is ultimately responsible for the safety of divers. That could explain why Capt. Douglas Russell, who transferred from a desk job in Washington, D.C., to the Healy in June, was relieved of command less than two weeks after the accident. Vice Adm. Charles D. Wurster, commander of the Coast Guard in the Pacific, said he had lost confidence in Russell.

Nice of VADM Wurster to wait for results of the investigations.