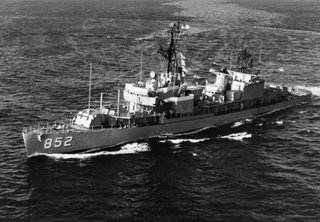 Maybe you can't remember the days when American astronauts blasted off in "capsules" instead of shuttles, or maybe you know them only through videos or movies like Apollo 13 or television history shows. So you'll have to take my word for it that back in the old days U.S. spacecraft didn't glide to earth and roll to a stop on long runways. Instead, they plopped into the ocean and, for the most part, floated around until the astronauts and the capsules were recovered by helicopters and ships. The ships designated as "Prime Recovery Ships" were flat deck helicopter carriers, but there were also "Secondary Recovery Ships" in place to handle recovery in the event of... something going wrong. And sometimes things did go wrong. 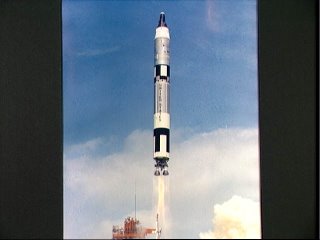 On March 16, 1966, two astronauts blasted off in a Gemini capsule mounted on a Titan rocket. The mission was Gemini 8:

Something went wrong during the mission:

Gemini-VIII successfully docked with Gemini Agena target vehicle GATV-6 hours 34 min after liftoff. Because of problems with the spacecraft control system, the crew was forced to undock after approximately 30 min. The spacecraft-target vehicle combination had begun to encounter increasing yaw and roll rates. The crew regained control of their spacecraft by using the reentry control system, which prompted an early landing in a secondary landing area in the Pacific. No EVA was performed.
The failure was caused by an electrical short in control system. Docking and re-rendezvous secondary objectives were not achieved due to the shortened mission.

Mason was pretty much an ordinary FRAM Gearing-class destroyer. Built too late for WWII. She served with distinction in the Korean War and on the gunline off Vietnam (allegedly the last U.S. warhip to visit Danang in 1973). 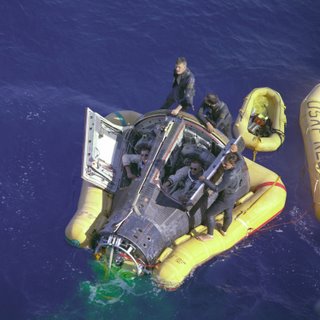 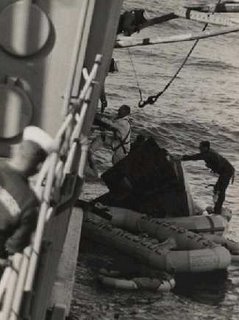 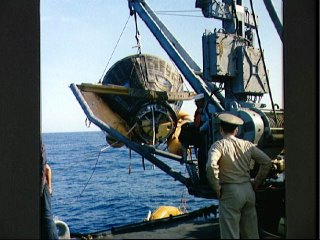 On March 16, 1966, Mason recoved Gemini 8 and its two astronauts. Of course, one the men recovered from the sea went on to some fame as the first man to step foot on the moon, Astronaut Neil Armstrong. That moon landing took place only a little over 3 years from his recovery from the Pacific by a destroyer. More on the recovery of Gemini 8 and Mason's 30-knot run to get to the capsule here. 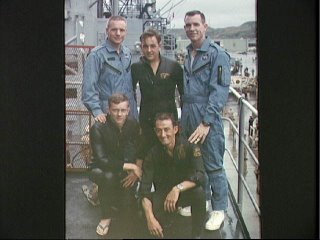 
Neil Armstrong on the moon: 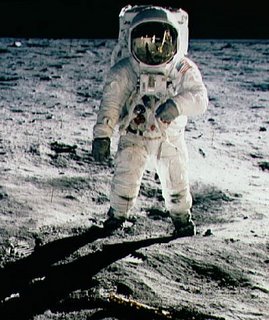 Mason went on to serve another 10 years in the U.S. Navy and was, after decommissioning, transferred to Taiwan for more servce. I understand that today she is part of an artificial reef.