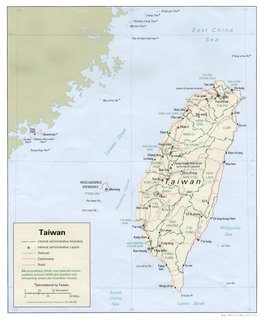 "Experts" -as is their wont- are concerned about this:

China would likely react with hostility to any attempt by the United States to build and sell eight submarines to Taiwan, The Day newspaper in Connecticut, reported.

Submarine experts said Monday that China would likely impose economic sanctions against the U.S, but this would not necessarily stop the Groton, Connecticut-based Electric Boat Co. from building them.

If there is money available and if the program is endorsed by the United States government, Electric Boat wants to design and build the ships for Taiwan," said John B. Padgett III, vice president of Electric Boat, the submarine-building division of General Dynamics.

Yes, it will probably bend somebody out of shape.