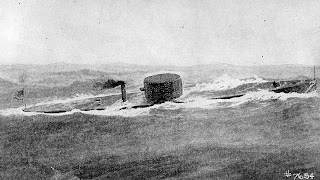 After the revolutionary USS Monitor introduced the gun turret to the world, navies around the world adopted designs similar if not identical to that "cheese box on a raft" for use as coastal protection ships. See here.

After several years, variations began to appear, including the breastwork monitor:

A ‘Monitor’ is an ironclad vessel, with gun turrets and a low freeboard presenting a reduced target to the enemy guns such that the deck is washed by the waves. A ‘Breastwork Monitor’ has an extra deck that raises the turrets. It marked the beginning of the central superstructure of modern warship design, as well as the end of sail power on battleships.

As seen in a nearby picture, USS Monitor was a pretty basic design. The next step is shown in the form of HMS Ceberus: 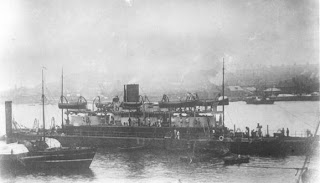 Purpose-built in 1870 to protect Melbourne gold, and for 30 years the flagship of Australia’s largest colonial navy. The first British warship to be powered purely by steam; the first ship in the world to mount rotating gun turrets on a central superstructure; its heavy iron superstructure and light iron hull represent a radical departure from wooden warships. The Cerberus’ primary heritage significance is as a unique example of an important early stage in the technological development of the modern battleship. Its design utilised cutting edge developments in metallurgy, steam power, gun turrets, and low freeboard (‘Monitor’) design.

There a couple of pictures of Cerebus nearby, one made at her completion and a more recent photo of her serving as a breakwater off Australia's Half Moon Bay in which the rings for her turrets are more clearly seen.

From the recreation to the right you can seen the beginnings of modern battleships - the raised gun mounts with clearance for the large guns to turn to targets while protecting the gun crews. 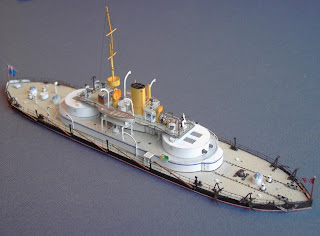 From the Ceberus sprang other designs, including HMS Devastation the following description of which makes clear the distinction between the role of the "monitor ships" and true battleships:

Devastation was a breastwork monitor, built to attack enemy coasts and harbours; because of her very low freeboard, she lacked the seaworthiness needed to fight on the high seas; her decks would be swept by water and spray, interfering with the working of her guns 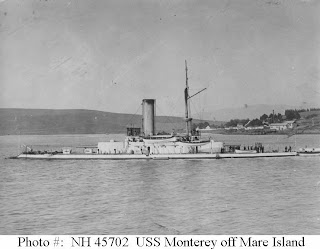 Monterey is true monitor, built for coastal defense and shore bombardment - a purpose for which she and some of her sister ships fulfilled during the Spanish-American War of 1898. 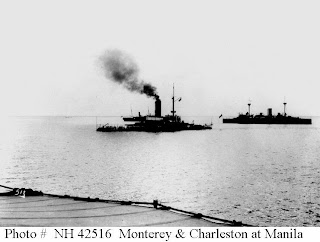 Monitor style ships were active during World War I, as noted here:

In the 20th century the term 'monitor' was revived for shallow-draft armoured shore bombardment vessels, particularly those of the British Royal Navy: the Lord Clive class monitors carried guns firing heavier shells than any other warship ever has.

More on the Clive class here:

Three of the ships, HMS General Wolfe, Lord Clive and Prince Eugene, were to be converted to take the BL 18 inch guns that had originally been allocated to HMS Furious. The guns were fixed, firing to starboard, in a large housing amidships with control for elevation only, the ship being turned to effect traverse. The enormous rounds and charges were transported to the gunhouse on a light railway fixed to the main deck. Work was completed on two of the ships but the end of World War I intervened before Prince Eugene was finished. Both of the converted ships saw action. The original 12 inch turret was left in place to maintain stability. 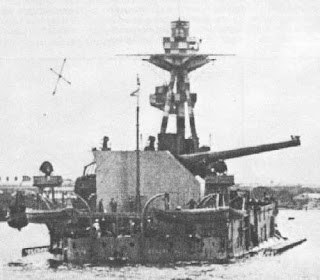 General Wolfe fired on a railway bridge at Snaeskerke, four miles (6 km) south of Ostend, Belgium, on 28 September 1918. The range of 36,000 yards (33 km) made this the greatest range at which a Royal Navy vessel has ever engaged an enemy target using guns. Lord Clive fired a mere four rounds with the replacement gun at enemy targets. 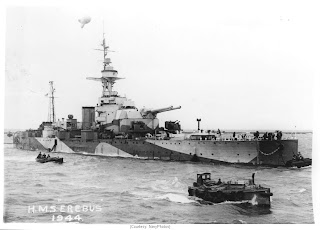 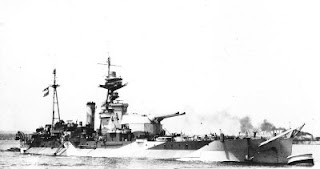 World War II also saw monitor style warships - as a primarily Royal Navy concept- with the development of the Roberts class. The primary use of these ships was naval gunfire support.

With the end of WWII, the time of the monitor ships also passed, though there can be made some argument that the low freeboard arsenal ship was direct descendant of the original "monitor" idea... 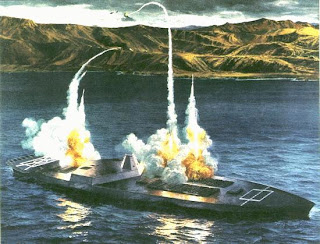 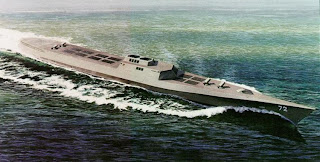