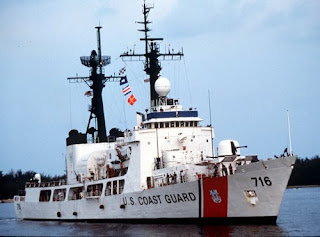 The Coast Guard cutter Dallas entered the Dardanelles; as a giant crane unloaded 55 tons of aid from the USS McFaul for refugees in Batumi, 80 kilometers (50 miles) south of another port, Poti, where Russian troops are still present.

This has been the first U.S. humanitarian mission via the sea to Georgia since the start of the conflict on Aug. 8, when Russia sent forces into Georgia to repel an attack on the Moscow-backed separatist region of South Ossetia that Tbilisi had started the day before.

The McFaul is also outfitted with an array of weaponry, including Tomahawk cruise missiles, which can carry both conventional or nuclear warheads, and a sophisticated radar system. For security reasons the Navy does not say if ships are carrying nuclear weapons, but they usually do not.

The command ship USS Mount Whitney is due to follow the two U.S. warships carrying relief supplies to Georgia. The U.S. has already delivered some aid by military cargo plane but is now shipping in beds and food for the displaced.

NATO-member Turkey has authorized the three U.S. ships to sail through the Turkish straits into the Black Sea. 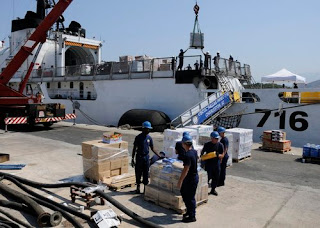 How the emergency supplies got on Dallas: