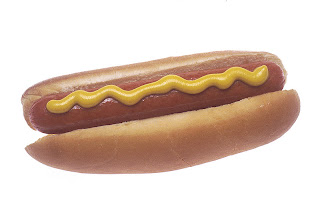 
The leading group of pediatricians in the United States is pushing for a redesign of common foods such as hot dogs and candies, along with new warning labels placed on food packaging, to help curb sometimes fatal incidents of child choking.

"We know what shape, sizes and consistencies pose the greatest risk for choking in children and whenever possible food manufacturers should design foods to avoid those characteristics, or redesign existing foods when possible, to change those characteristics to reduce the choking risk," said Dr. Gary Smith, immediate-past chairman of the American Academy of Pediatrics' Committee on Injury, Violence and Poison Prevention and lead author of the organization's new policy statement on preventing choking.

"Any food that has a cylindrical or round shape poses a risk," he pointed out. Smith said that hot dogs were high on the list of foods that could be redesigned -- perhaps the shape, although he said it would be up to the manufacturers to figure out the specifics.

Now, I'm a big fan of protecting children from hazards - but view that job as one best performed by parents - you know - unless there are mass deaths resulting from a risk not controllable by parents.

How big is the risk posed by cylindrical or round hot dogs, carrot sticks and hard candy? Are we killing thousands of kids or what?

Well, according to the Center for Disease Control here:


* In 2000, 160 children ages 14 years or younger died from an obstruction of the respiratory tract due to inhaled or ingested foreign bodies. Of these, 41% were caused by food items and 59% by nonfood objects (CDC, unpublished data).

o In 2001, 10.5% of children treated in the emergency department for choking episodes were admitted to the hospital or transferred to a facility with a higher level of care.

So, in one year, a total of 160 kids 14 years and younger died due to respiratory tract obstruction.  That's sad, but it is not an epidemic. Further, of these 160, 41% or 65 children died because the obstruction was "food items." Now, "food items" might include hot dogs - or it might not- it could include grapes, apples or chunks of steak. I should note that grapes are troublesome because they, like insufficiently chewed/chopped hot dogs or hard candy, can form a seal at the back of a throat.

What we can infer from emergency room visits is that 19% of the 65 food related deaths, or roughly13 deaths a year involve "candy." Of these, we can further infer that "hard candy" was involved in 8 deaths.

All of us will choke from time to time - eating too fast or too much, a cold, a laugh, something that surprises us, or no good reason. Few will die. However, fear of choking, especially in the young, has meant a rush of safety notices, especially catching Bandolier's eye in restaurants in New York city. The implication of these notices was that children were at particular risk, so we thought we would look for the evidence.
Data were available by age from the National Safety Council in the USA. If you root around on their website you can find a downloadable report on all causes of deaths in the USA - slightly more readable than the British version that uses codes. It allows calculations of risk in terms of 1 in X per year.


Figure 1: Annual risk of death by choking or motor vehicle in the USA, by age

It appears from the chart that children under 14 may actually be at a lower risk of choking than older people.

In any event, reshaping the hot dog, even if it's "up to the manufacturers to figure out the specifics," seems a bit extreme.

Parents- chop up or break up childrens' food -especially hot dogs, grapes, cherries, popcorn, chicken nuggets and the like. 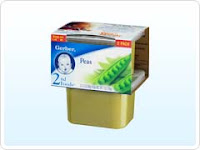 And, as you get older and don't chew quite as well, you ought to do the same for your own food.

The rest of us can eat hot dogs just as they are, provided we chew our food.

Or we can all revert to strained peas, carrots and beets. Maybe we'll live forever. Except for car wrecks, cancer, heart disease, etc.

UPDATE: Or maybe hot dog packages should be clearly marked: 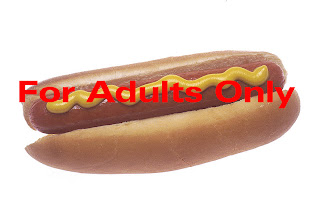