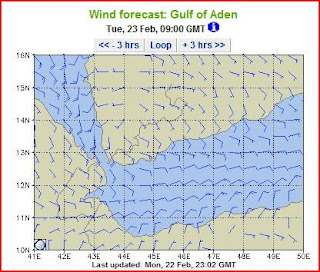 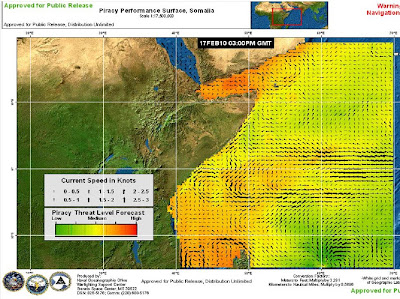 (U) Weather continues to hinder small boat operations in the Horn of Africa (HOA) region as the northeast (winter) monsoon continues. However, it is likely that a few pirate groups will still get underway and try to hijack ships as shown by the continued activity in the Gulf of Aden. Recently, pirates have used currently hijack dhows as motherships to get underway and conduct operations. Mariners are warned that although we do expect a decrease in overall pirate activity in the HOA region, the possibility of pirate attack is still high, and mariners should continue to maintain all counter-piracy measures when transiting the area. Somali pirates currently hold fewer vessels for ransom than they have shown the ability to hold. This week, ONI assesses the risk of pirate attacks is moderate in the Indian Ocean. Please note pirates south of the equator in the Indian Ocean have demonstrated the ability to operate in the capability range of Medium. In addition, the area due east of Socotra Island out as far as 600NM off the Socotra is still considered high risk and mariners are warned to avoid this area if possible. The area northeast of Seychelles is also still considered very high risk. The Gulf of Aden remains a prime operating area for Somali pirates.