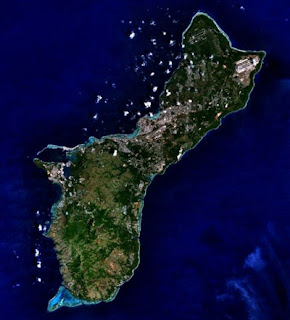 Guam's non-voting representative seems to think Congressman Johnson was joking as set out in KUAM's Delegate's "tip over" gaffe scrutinized :


Guam Congresswoman Madeleine Bordallo says she believes Johnson was not posing a serious question, telling KUAM News, "He was saying that is jest. I don't know how it was said or when, but I know Congressman Johnson; he's been here. I'm sure it was just a joke."

Assumptions, as a Marine Gunny once advised me, are not always good.

But here, judge for yourself. Joke or not? Begins about the 1:18 point.


When I was kid there, we used to run really fast back and forth across the island to get it rocking...

UPDATE: Newly released deep sea photo of Guam as seen from below: 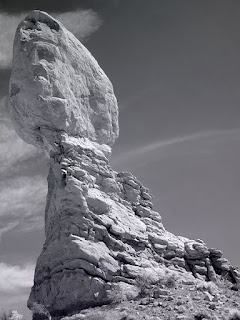 UPDATE2: The "official" version of Guam's geology here. The truth is out there.

UPDATE3: You can find a calculator for determining the resistance to capsizing here. You have to first know how much Guam weighs, though.
UPDATE4: Yes, I know he's not a well man. Perhaps he should take medical leave.
*WTS= Way Too Secret
Posted by Mark Tempest at 4/01/2010 10:06:00 AM

Email ThisBlogThis!Share to TwitterShare to FacebookShare to Pinterest
Labels: Guam, Not So Much Humor