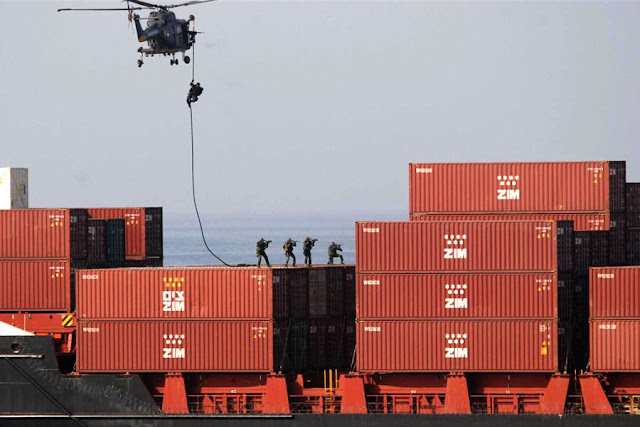 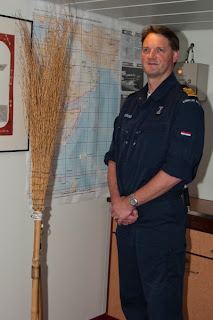 As reported yesterday, the Dutch warship HNLMS Tromp managed to effect a rescue of a ship and crew after a boarding by pirates. Now, we get more details, including a look at how a warship captain should act when faced with a bureaucracy that might slow his rescue to a stop. As reported in The Associated Press: Dutch sidestep EU red tape to rescue German ship:


Gaining fast on the pirates who had seized a German freighter, Dutch naval captain Col. Hans Lodder had no time to waste on bureaucracy.

Sidestepping the command of the European Union's anti-piracy task force, he went instead to his own government for authorization to recapture the ship by force.

Lodder first ascertained that the Taipan's crew had locked itself in a bulletproof room. Then he launched his ship's Lynx helicopter with a team of six special forces marines.

With troops providing cover fire from the helicopter, the marines rappelled onto the ship's deck of the MV Taipan to shoot it out, if need be, with the pirates. But they met no resistance. The 15-man crew was rescued, and 10 Somali pirates were captured.

"The pirates surrendered the moment they saw the marines," Lodder said in a telephone interview Tuesday from the Dutch frigate Tromp. No one was injured.

Monday's successful rescue showed that, when swift decisions are needed, it can be quicker to work around the European Union's command.

It was the first time a Dutch ship involved in the EU mission had used force to recapture a hijacked ship. An EU spokesman could not immediately recall any incident when troops under EU command had boarded a seized ship under the threat of fire.

Lodder said he decided to seek permission from his own command for an "opposed boarding" — one where pirates may resist — rather than act under procedures laid down by Brussels.

Well done, Captain Lodder! Your bold, decisive actions are in the best traditions of the Royal Netherlands Navy. 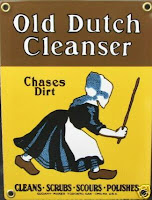 Photo of Captain Lodder and an explanation of the broom from here.
UPDATE: Photo of Dutch Marines fast roping onto merchant from Dutch Defense/Navy site.
Posted by Mark Tempest at 4/06/2010 01:52:00 PM