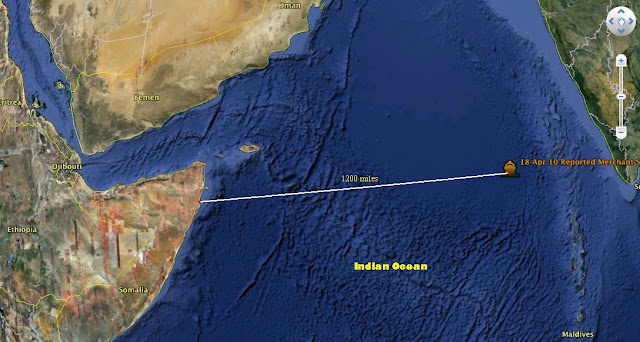 On 18th April 2010, three Thai fishing vessels from Djibouti, were hijacked 1200 nautical miles east of the coast of Somalia.
These latest hijackings are the furthest east of any pirate attacks in the area since the start of EU NAVFOR’s Operation Atalanta in December 2008, almost 600 miles outside the normal EU NAVFOR operating area. It is a clear indication that the EU anti piracy mission, together with those of NATO and CMF, is having a marked effect on pirate activity in the area.
The hijacked vessels, MV PRANTALAY 11, (26 Thai crew) MV PRANTALAY 12 (25 Thai crew) and MV PRANTALAY 14 (26 Thai crew), belong to a Thai based company PT Interfishery Ltd. EU NAV FOR can confirm that all 77 Thai crew are safe and well and that the vessels are heading towards the Somali coast. EU NAVFOR will continue to monitor the situation.

Actually, there have been reported attack at least as far as the one noted by the EU above, see NATO Shipping Center Somalia Piracy Update 20 Apr 2010, for this report of an attack on a merchant (charted by me above): 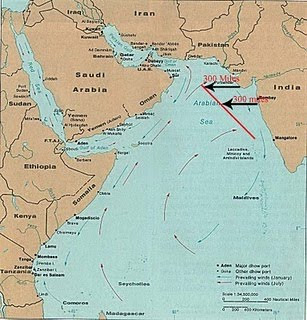 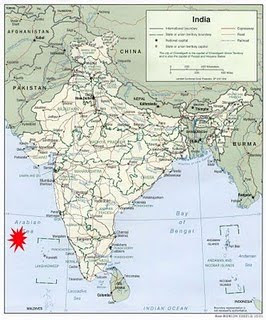 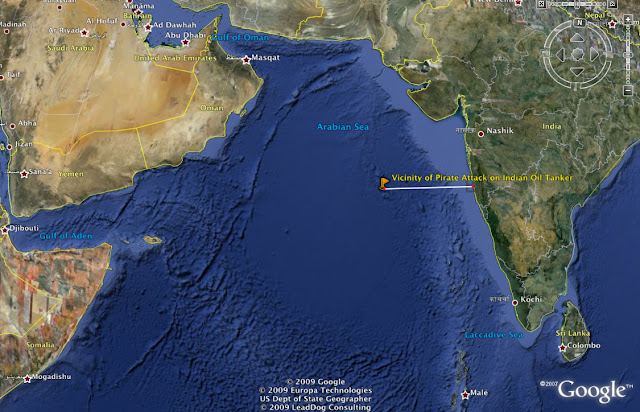 If you want to stop these pirates, it's time to get serious in blockading known Somali pirate ports.