Marines: From Talafar to Marja: Applying Counterinsurgency to Local Conditions 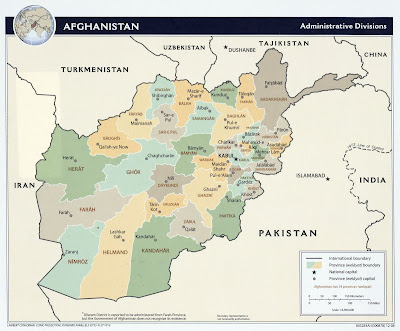 Bing West's From Talafar to Marja: Applying Counterinsurgency to Local Conditions I from The Marine Corps Gazette:


In February of 2009, the top commander in Afghanistan, General David McKiernan, decided to send a Stryker Brigade to Kandahar and a Marine expeditionary brigade (MEB) to Helmand, where ten of the twelve districts were under Taliban control. The MEB mission was to control the southern and western districts and to seize Marja, the Taliban headquarters and the hub of the drug trade. Helmand accounted for 70% of the world's illegal opium and heroin production, with the Taliban taking between $40 and $100 million per annum. If Kandahar was the symbolic capital of the Taliban, then Helmand was their breadbasket.

We know part of the rest of the story.

This is an interesting read on the meaning of the campaign and possible lessons to be learned from it.
Posted by Mark Tempest at 4/05/2010 10:21:00 PM